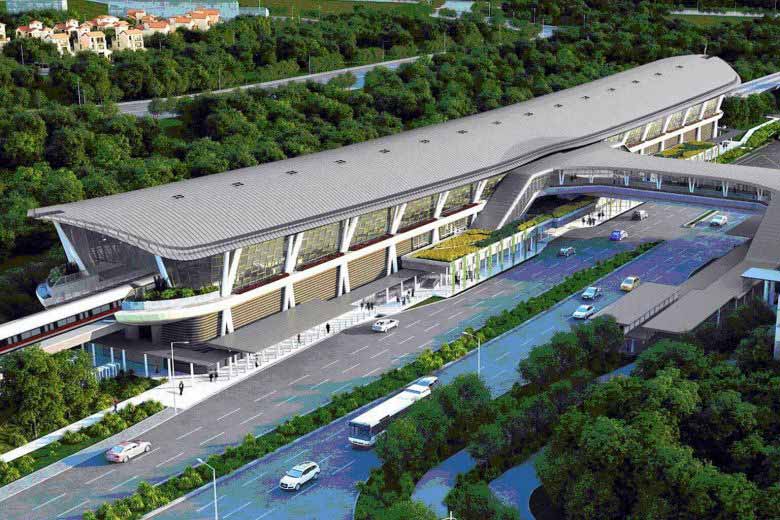 SINGAPORE - The new Canberra train station, located on the North-South line between Sembawang and Yishun stations, will have a crossover track that will allow trains to change tracks in the event of a service disruption, minimising the impact to train services on the line.

The above-ground "infill" station built on the existing line is currently 40 per cent complete and is slated to be ready by 2019.

Foundation works have been completed, and the construction team is currently building the platform slabs.

With the completion of the new crossover track, there will be more than 50 on the North-South and East-West lines. There are no other crossover tracks planned for existing lines.

The total cost of the entire project is around S$90 million.

Canberra is the second MRT station in Singapore to be built on an existing rail line. The first was Dover Station on the East-West Line, which opened in 2001.

The station will serve nearby estates such as Sembawang Springs and commuters travelling towards the city centre or Jurong East can expect to save up to 10 minutes of travelling time.

This includes implementing a robust project safety review process for the design and construction phases, and carrying out detailed risk assessments for the station.

Canberra station is also designed with five entrances, which will facilitate better commuter movement and enhance accessibility. It will also have covered linkways to bus stops and bicycle parks.