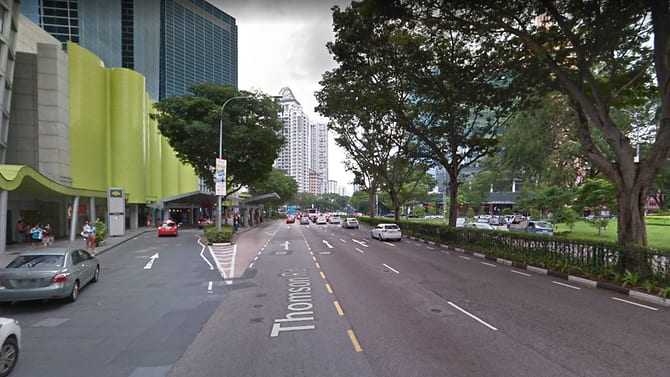 SINGAPORE: Work on a stretch of the North-South Corridor tunnel near Novena is expected to begin by the first quarter of 2019, said the Land Transport Authority (LTA).

It announced on Tuesday (Jul 31) that the S$795 million contract to design and construct the stretch of the tunnel has been awarded to a joint venture between Japan's Penta-Ocean Construction and Bachy Soletanche Singapore.

The Penta-Bachy joint venture will be responsible for a 1.04km tunnel that runs under Thomson Road, stretching from Novena Rise to Suffolk Walk.

Commuter facilities such as an underground pedestrian network, pedestrian overhead bridges, bus stops, sheltered walkways and cycling paths will also be built along this stretch as part of the contract.

LTA highlighted the track record of the companies, noting that Penta-Ocean Construction is also involved in the construction of the Woodlands North and Bright Hill stations along the Thomson-East Coast Line.

The company was also involved in the construction of the Downtown Line Bendemeer station and a section of the Marina Coastal Expressway. 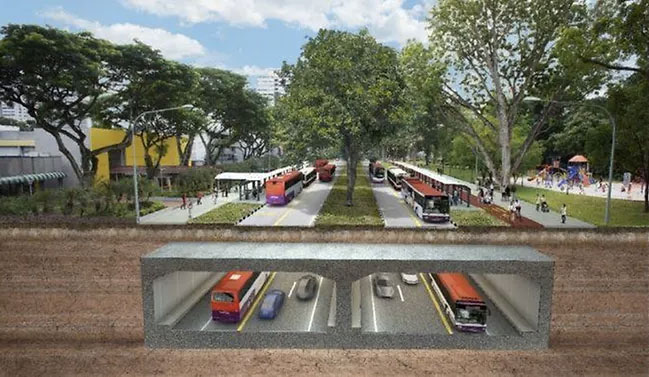 Bachy Soletanche Singapore's projects with LTA included the construction of the Bugis and Telok Ayer stations for the Downtown line.

The 21.5km North-South Corridor, which will include express bus lanes and cycling trunk routes, will connect towns in the northern region to the city centre.

The bus lanes will help reduce commuting times from Woodlands, Sembawang, Yishun and Ang Mo Kio to the city by up to 30 minutes, and also make bus connections between residential towns along the North-South Corridor faster, LTA said previously.

Reference: CNA, Work on North-South Corridor tunnel near Novena to begin by Q1 2019