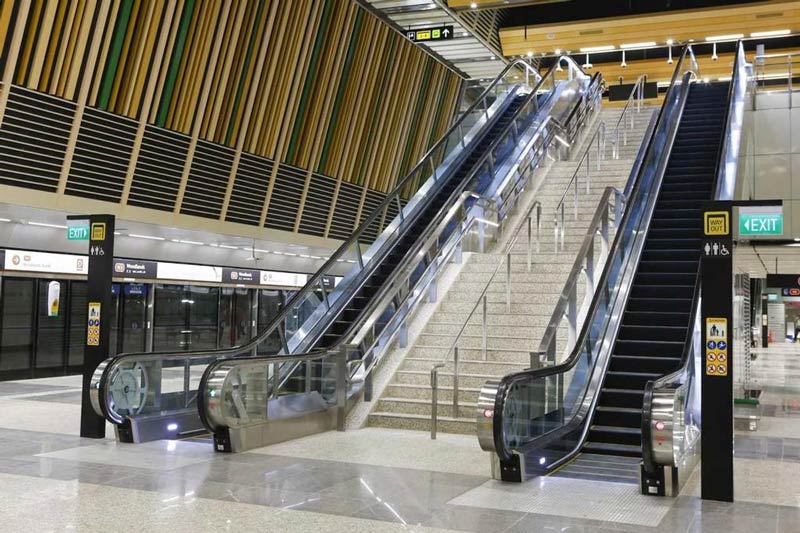 SINGAPORE — Operating hours for the three stations on the Thomson-East Coast Line (TEL) will be further shortened in preparation for the opening of Stage 2 of the line, SMRT said on Wednesday (July 15).

MRT trains typically run from 5.30am to about midnight.

The announcement comes after operating hours for the line were first shortened on weekends from April 3 to July 26.

"The additional engineering hours will be used to continue testing of the integrated systems and trains in preparation for the opening of Stage 2 of the Thomson-East Coast Line," SMRT said.

Commuters can use public bus services 169, 856 and 901/M to travel within Woodlands, or to transfer to the North-South Line at Woodlands station, SMRT said.
The timing of the first and last trains departing from each TEL station during the planned closures will vary, it said, adding that commuters can check the departure times at the affected stations or on its website.

The second phase of the TEL comprises six stations from Springleaf to Caldecott, with two interchange stations at Bright Hill and Caldecott.

It is expected to open by the end of 2020, with LTA noting in January that works were about 90 per cent complete.

The entire line – comprising 32 stations with eight interchange stations – is expected to be fully operational in 2024, serving about 500,000 commuters daily in the initial years, rising to about 1 million commuters in the longer term.

The fully operational date of 2024 excludes the opening of the Founders’ Memorial station which will be opened in tandem with the memorial. CNA