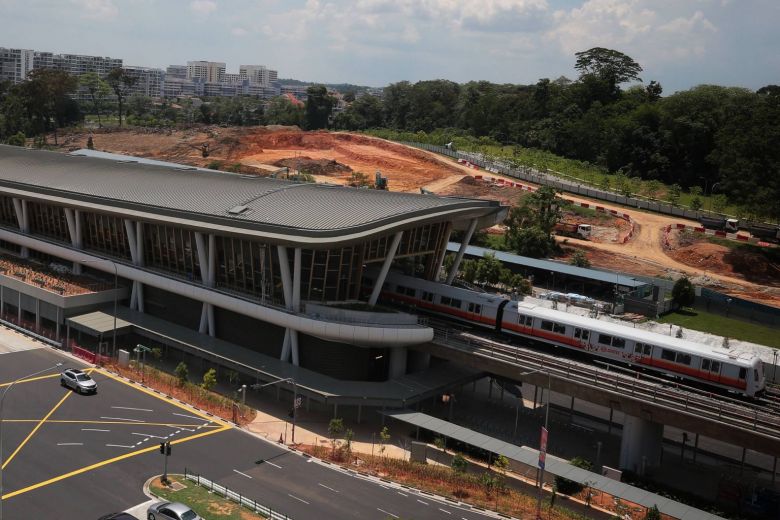 SINGAPORE - The MRT network's newest station will open for service on its oldest line on Saturday (Nov 2), with new features that are friendlier to commuters and the environment.

Mr Khaw said the elevated station is the first where residents connect directly to the ticketing platform from an overhead bridge. The bridge is lined with shops and connected to Canberra Plaza at the other end.

"I hope there will be childcare facilities at Canberra Plaza as many residents are working couples with young children," Mr Khaw added.

He noted that Canberra station is the first MRT station to be awarded the highest Platinum rating for the Building and Construction Authority's Green Mark for Transit Stations.

"It has many green features, including energy-efficient air-conditioning and lighting systems," he said. "They help reduce the cost of station operations, and keep train fares affordable."

He said more than 17,000 households are within a 10-minute walk of the new station. From there, they can reach Marina Bay in 30 minutes.

With the new station, Mr Khaw quipped that school children living in the vicinity can now "get out of bed much later". 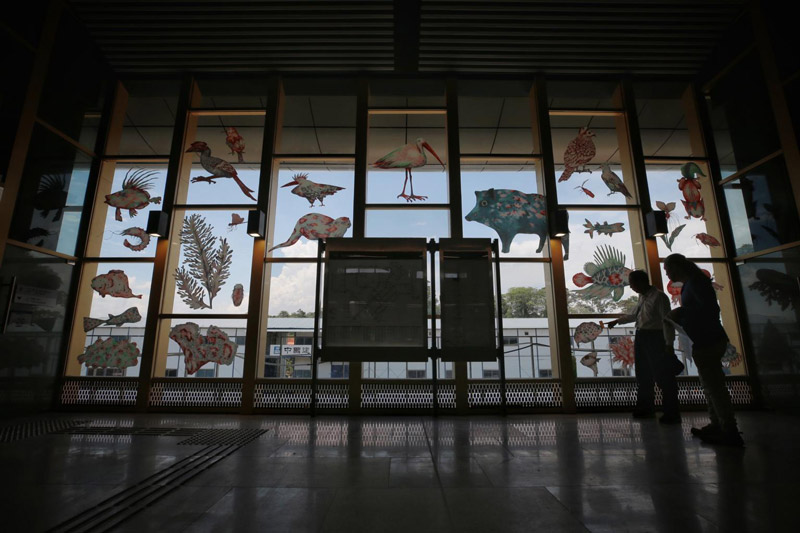 Canberra is the second new station built on a live line. The first was Dover station, which opened in 2001 on the East-West Line, in front of Singapore Polytechnic.

New MRT lines and stations are built only when there is sufficient commuter demand.

"As each MRT line is a multibillion-dollar investment, we take a conservative and prudent approach. It is evidence-based and very much numbers-driven," Mr Khaw said. "Each new project must clear objective benefit and financial hurdles."

"It is a laborious but interesting piece of operations research routinely done by our transport planners and engineers," he said, adding that such research is necessary to "minimise the burden on both taxpayers and commuters".

"We certainly do not welcome white-elephant MRT stations," he said.