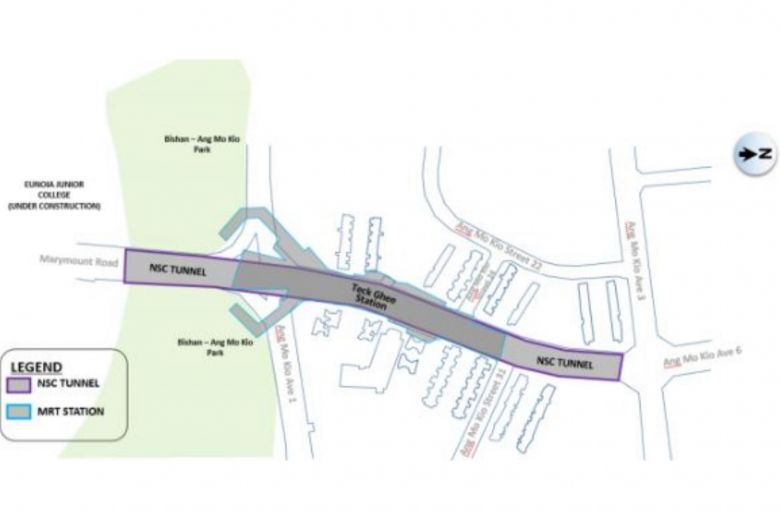 SINGAPORE - The Land Transport Authority (LTA) has awarded a contract worth $615.9 million for the construction of the North-South Corridor, a 21.5km expressway which will connect towns in the north to the city centre.

As part of the contract, Shanghai Tunnel Engineering Co (Singapore) will construct a road tunnel, an MRT station box - an underground structure that lays the foundation for a future station - and commuter facilities such as pedestrian overhead bridges between Sin Ming Avenue and Ang Mo Kio Avenue 3.

The 800m-long road tunnel will feature a pair of three-lane roads. It will be integrated with the planned Teck Ghee station on the future Cross Island Line.

These works are expected to begin by the second quarter of this year.

Shanghai Tunnel Engineering has previously completed railway infrastructure projects with tunnels in Circle Line, Downtown Line and Tuas West Extension. It is also currently involved in the construction of tunnels for the Thomson-East Coast Line.

Last month, LTA awarded six contracts worth a total of $3.14 billion for the construction of six sections of the expressway.

Those contracts were for the design and construction of tunnels, along with facilities such as pedestrian overhead bridges and bus stops.

The North-South Corridor, which is largely underground, will feature dedicated bus and cycling lanes. It is expected to be completed in 2026.