SINGAPORE: Construction on six more sections of Singapore's first integrated transport corridor is expected to begin by the end of 2019, the Land Transport Authority (LTA) said in a media release on Friday (Dec 21).

Contracts worth S$3.14 billion for the design and construction of six sections of the 21.5km long North-South Corridor (NSC) tunnel have been awarded to multiple companies, according to LTA.

They are located between East Coast Parkway (ECP) and Sungei Seletar.

The North-South Corridor, which will include express bus lanes and cycling trunk routes, will connect towns in the northern region to the city centre and is expected to be completed by 2026.

The bus lanes will help reduce commuting times from Woodlands, Sembawang, Yishun and Ang Mo Kio to the city by up to 30 minutes, LTA said previously.

The first NSC contract, worth S$809 million, was awarded to Samsung C&T Corporation last year for a stretch between Novena Rise and Toa Payoh Rise.

Three other civil contracts for sections between Toa Payoh Rise and Marymount Lane, between Kampong Java Road and Suffolk Road, and from Novena Rise to Suffolk Walk were awarded this year.

GS Engineering & Construction Corporation, a South Korean firm, was awarded a contract worth S$635.8 million to design and construct a section of the NCS tunnel between ECP and Victoria Street. 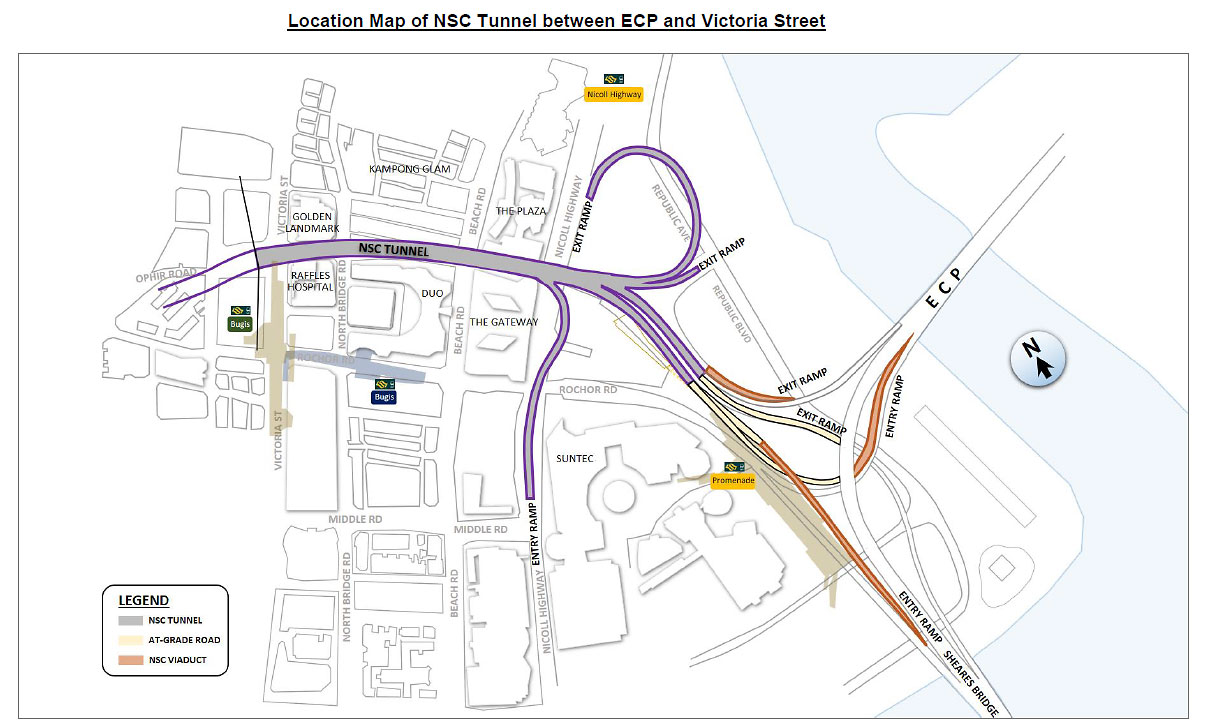 Location map of NSC tunnel between ECP and Victoria Street.

They will design and construct a 1.55km tunnel with two entry ramps and two exit ramps.

Ssangyong was also awarded a S$537.1 million contract for the section between Ang Mo Kio Avenue 9 and Sungei Seletar. They will build a 1.3km section of tunnel, a 1.1km section of viaduct and a 340m road between the tunnel and viaduct, with one exit ramp. 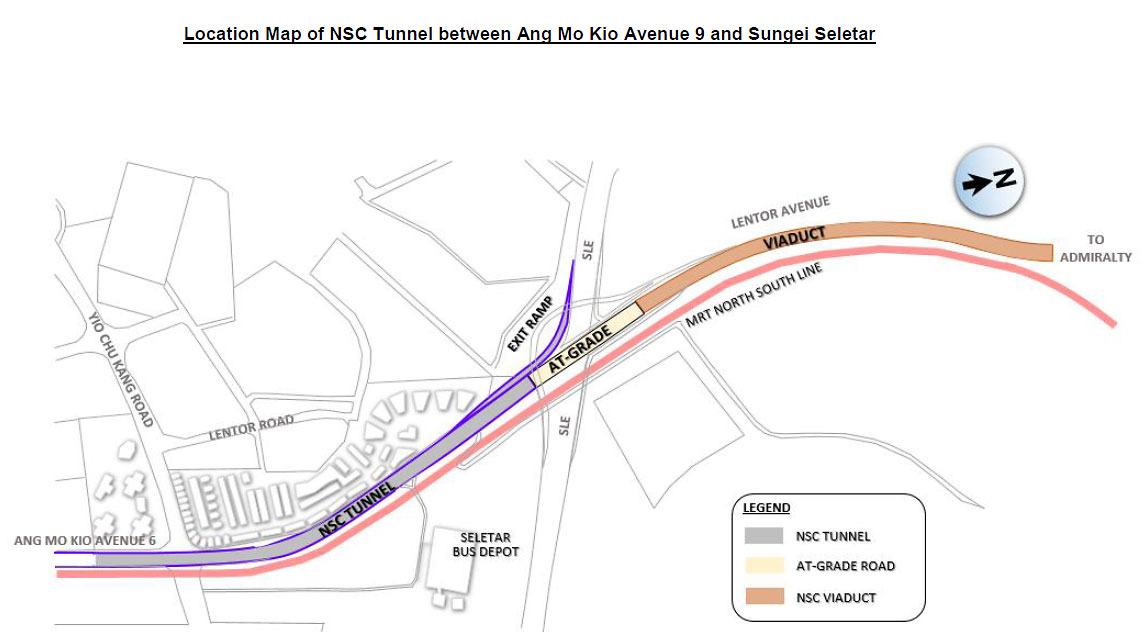 China Railway First Group Co was awarded a S$446 million contract to build the section of the tunnel between Marymount Lane and Pemimpin Place. The company will build a 1.1km tunnel with one entry ramp. 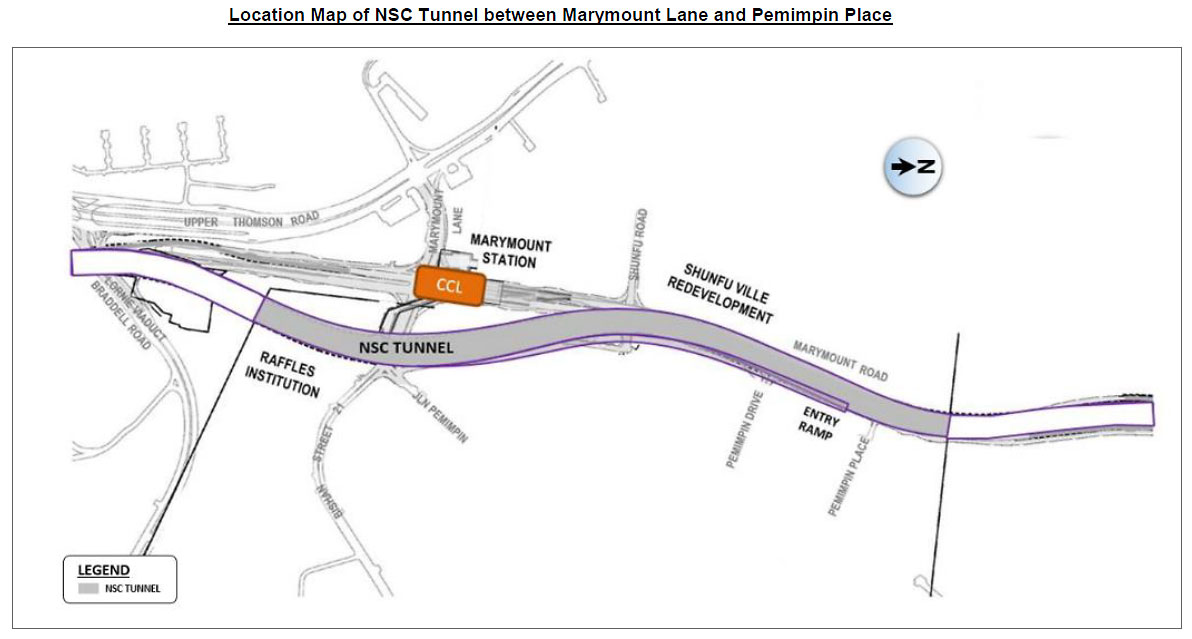 Local builders Hwa Seng Builder, Chye Joo Construction, and Ho Lee Construction Joint Venture were awarded a S$242.9 million contract to construct the section between Pemimpin Place and Sin Ming Avenue. They will build a 700m section of tunnel with one entry ramp and one exit ramp 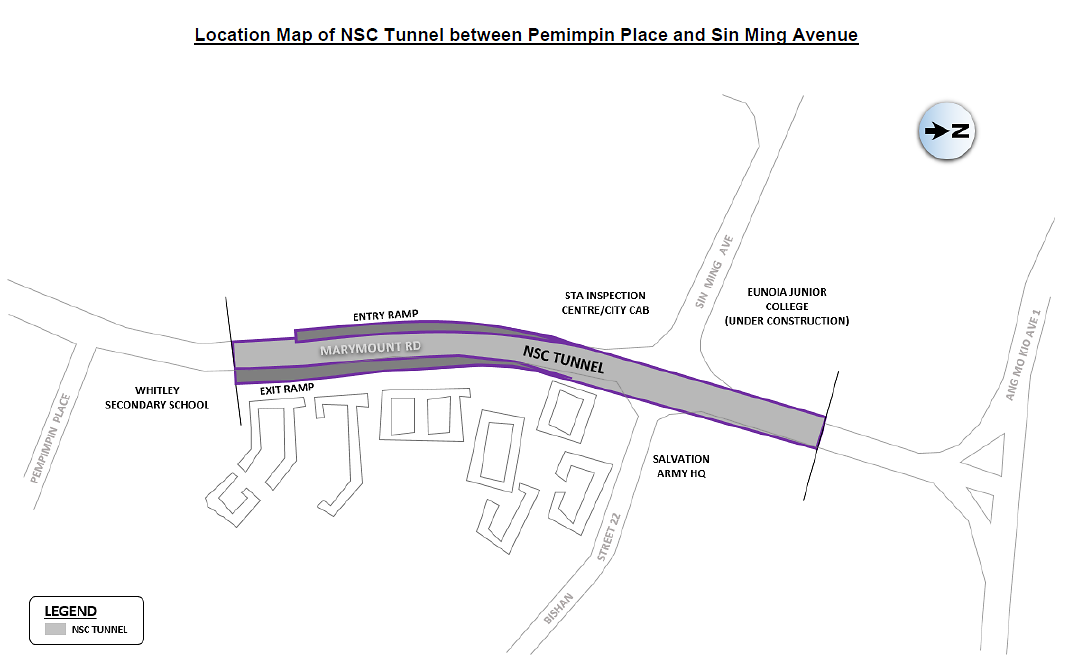 Lum Chang Building Contractors was awarded a S$799 million contract to construct a 1.95km section of the tunnel between Ang Mo Kio Avenue 3 and Avenue 9. 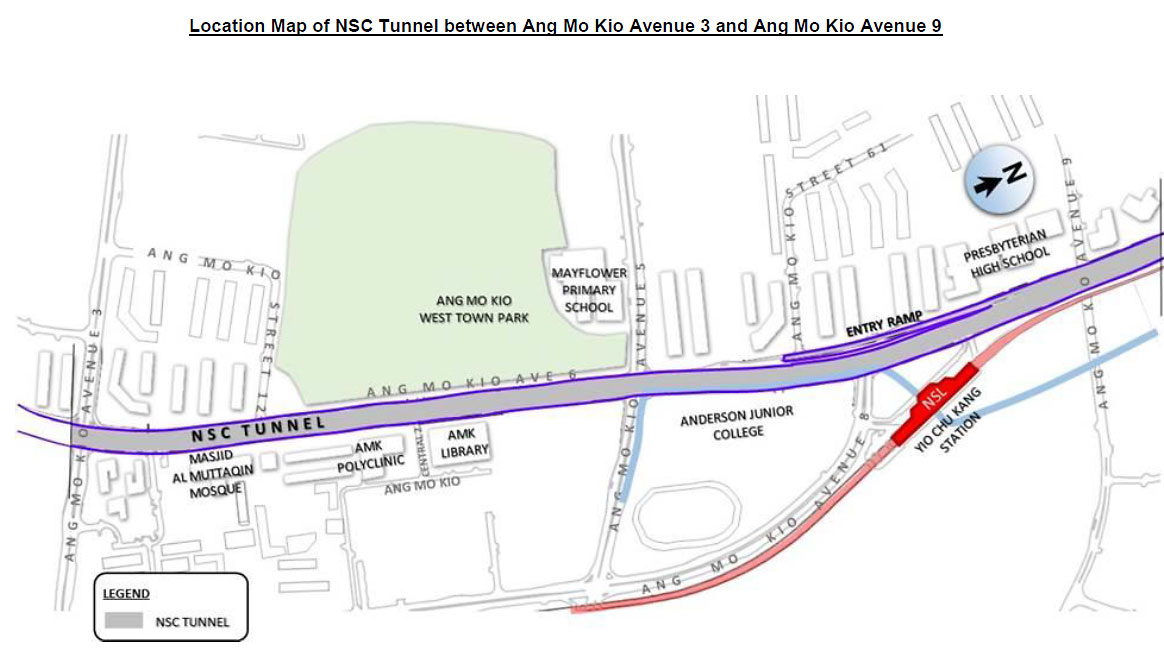